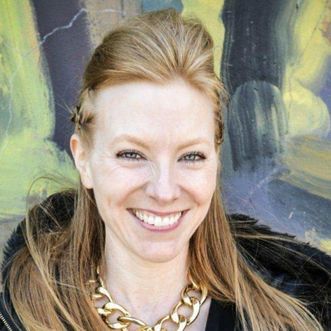 LIZ LEFROIS FITNESS
Who is Liz? A nerdy Exercise Physiologist/Mind Ninja with killer instincts who wants to sharpen your mind and make your life sexier. Having recently reacquainted herself with Rochester to be closer to family in late 2016, Liz works in Cardiac Rehab as an Exercise Physiologist at Rochester Regional Health and teaches multiple Group Fitness Classes around the town. She previously lived in both Harlem and Brooklyn since 2001 and was regarded as one of NYC’s top fitness professionals at Equinox Fitness clubs. She holds an MS in Kinesiology from Brooklyn college and BFA in Dance from Suny Brockport and has devoted herself to continued education. In addition to her degrees, she is an active martial artist practicing Bruce Lee’s concepts of Jeet Kune Do (JKD).  Her JKD at this time is Bang Muay Thai and 10th Planet Jiu-jitsu under coaches Chris Herzog and Walter MacDonald. She is an ACE Certified personal trainer but also certified in Wharton active isolated stretch, Kettlebell concepts, Pre-post natal, Barre, Animal Flow, Pilates Institute of America, and ACLS (advanced life support). Liz was also one of the featured fitness professionals in 2015 for Acacia TV and previously served as an Ambassador in 2010 at Lululemon in SoHo NYC and Reebok in 2013. She promotes self awareness and harnessing the mindset of a beginner as a way to get the most out of what it is you’re practicing. Liz is uncompromisingly committed to helping you become your best and learn instead of phoning it in. Miss LeFrois takes her years of education, management, teaching, performing, mentoring (both in front of and behind the camera), and studies to help you reach your ultimate goal: Showing up as the best version of yourself in your life knowing that it changes from day to day.


Liz’s tattoo on her left arm is a Sankofa bird. Sankofa is a West African concept symbolized as a mythical bird that flies forward while looking back with an egg in it’s mouth that symbolizes the future. “Sankofa” teaches us that we must go back to our roots to move forward. That is, we should reach back and gather the best of what our past has to teach us, so that we can achieve our full potential as we move forward. ​
Copyright 2018 Eastside Martial Arts